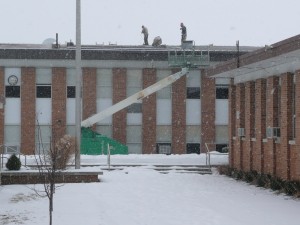 Winchester, Indiana is located in eastern Indiana, close to the Ohio border. It is a farming and light manufacturing area where the same families have lived for generations. It is a proud community, where people go to church together, help each other in times of need, and go to high school sports and band competitions with passion and pride that transcends gender and politics. It is the kind of community where everybody knows everyone else, and fundamental values and differences are few. A flat and leaking roof at the high school made an impact that split this quiet community and caused actions and words that have seldom been witnessed before.

During 2007 it became obvious that another patch on the classroom wing of the high school was again failing. The students and teachers were coexisting in an interior environment that was wet, humid, and had a very distinctive and repulsive smell. The school board, working hard to solve this problem, solicited advice from a conventional roof trade association that works primarily with flat roofs, and an architectural firm that also specialized in flat roof work. In January 2008, the board elected to proceed with the architectural firm to design and have constructed another flat roof on the high school. That decision did not sit well with many in the community. Further research by the school board uncovered the possibility of constructing a slight slope over the existing flat roof and adding a metal standing seam roof system. This possibility was introduced at the February board meeting, which started a heated debate, pitting proponents of flat roof retrofit against sloped metal retrofit. It was quoted in the local paper, The News Gazette that “each side accused the other of only hearing what they want to hear…” By the time the March meeting came around, there had been a protest by the students refusing to occupy the classroom wing due to the leaks and smell, and, as reported by The News Gazette, “approximately 200 parents and students” attended the board meeting because “they were angry over the roof.” By the end of the meeting the architect hired to provide the flat roof design had left the meeting and indicated that he did not wish to proceed with such a contract.

On March 31, 2008 Metal Roof Consultants (MRC) was asked to attend a special board meeting to present a sloped metal retrofit roof alternative for the school’s roof woes. A visit to the site generated information and pictures for a PowerPoint presentation. This presentation, concerning a metal retrofit roof possibility, was presented to approximately 100 parents, teachers, students, and, of course, board members. The concept of not removing the old roof, but allowing it to dry out naturally in the dry and vented cavity created by the metal retrofit process made common sense to those in attendance. There had not been time to “dazzle” those in attendance with technical facts about the structural characteristics of this system, the many colors they had to choose from, or the massive energy benefits inherent with this type of roof system. However, they did hear about a concept that would allow them to permanently solve their continuing roof problems with a tried and true system that would probably be the last roof for this building. All in attendance, including the board members, applauded after the presentation as a sign of relief that they could finally all agree upon a positive direction for a permanent solution to Winchester high school’s roof. MRC was awarded a contract to prepare the design, drawings, and specifications for such a roof and procure bids for its construction. The community was united and at peace again.

Dr. Greg Hinshaw assumed his responsibilities as the new superintendent of the school system on July 1, 2008. He inherited a commitment to proceed with putting a sloped metal retrofit roof on the high school, but no money for construction. Through his diligent efforts, loan money was procured from the state of Indiana, and the project was bid in September 2008. The low bidder was Smarrelli Construction of Richmond, Indiana and MBCI was approved as the supplier of the metal materials required for the 108,000 SF project. MBCI provided the final design and material package; using their NuRoof system and BattenLok HS roof panels. The contract price was approximately $1.6 million, which was slightly less than the original architect’s estimate for the removal and replacement of the existing flat roof system with another flat roof system. Work began in December 2008 and will finished in October 2009.

The retrofit metal roofing system consisted of leaving the existing roof in place, which allowed school to continue while the new roofing system was installed. It also eliminated the need to remove the existing roof, with the need to dump these used materials in the local landfill. It has been estimated that approximately 15% of all landfill materials consists of non-recyclable roofing materials. With the metal alternative, these materials remain in place, thereby being kind to our environment. In addition to leaving these materials, 6” of un-faced fiberglass insulation was installed directly over the existing roof. This material not only raised the insulating value of the roof by approximately 640% (R-3.5 to R-22.5), thus saving energy costs, it allowed the existing roof to “breathe” and release its moisture content through the glass insulation into the ventilated air in the new roof cavity and expelled from the cavity through vents at the high sides of the roofs. The new roof panel, even though painted a bronze color, utilized Energy Star paint additives that created a “cool roof” reflecting approximately 80% of the solar heat back into the atmosphere and not into the building. All of these benefits of the metal roof make this roof an extremely “green” roof, reducing the carbon footprint of the building and saving precious energy dollars.

In addition to the energy benefits of the metal retrofit roof, the materials should last the remaining lifetime of the school building. The painted roof system, while guaranteed for twenty (20) years, should provide 50 to 60 years of service with no maintenance other that checking the roof periodically to insure that no external damage (tree limbs, ice damage, etc.) has occurred. And of course, since metal is not negatively affected by ultraviolet rays, the metal surface will not break down from the suns affect. And, of course, the new metal retrofit roof does not leak! It is guaranteed for a minimum of twenty (20) years to not leak. Since the materials will last much longer, the guarantee period is merely the beginning of the time the school system should expect the roof to provide protection.

What do the superintendent, Dr. Hinshaw, and the principal, Tom Osborn, have to say about their metal retrofit roof experience?
Tom Osborn, Principal of Winchester High School:

“In the spring of 2008 the flat roof of our 42 year old building suffered substantial problems. Leaks became overwhelming. The roof on the section of the building that houses the academic programs failed to the extent that several halls were lined with trash cans to catch the constant drips caused by spring rains and the thawing of ice and snow. As the roof and ceiling became saturated, the humidity level grew inside the building. Students were relocated to other rooms as another cold patch was applied to stop the water penetration. There was serious doubt, however, about whether any amount of repair work could save the roof and whether the old roof would ever dry out even if it could be made waterproof again.

Metal Roof Consultants (MRC) was hired to lead the school corporation through the process of installing a standing seam metal roof later that spring. Construction progress was steady throughout the 2008-2009 school year. MRC; the general contractor, Smarrelli’s of Richmond, IN; and the staff of Randolph Central worked together in a cooperative collegial manner. MRC provided us with a design that is attractive as well as weather tight. The ventilation system helped quickly dry out the old roof even to the point that extra insulation has been added to the attic cavity to help the HVAC system. Our 42 year old building now has a professional new appearance that has helped return pride in our facility to the community, staff and students. There is new feeling of optimism and Randolph Central again has a building that we believe can safely and efficiently serve the youth of our schools for many years to come. I can sincerely say that the final product has far exceeded the expectations of anyone who was here at WCHS in March of 2008! We are very pleased with our decision to undertake this project and install a standing seam roof.”

“The need for roof replacement at Winchester Community High School was, by far, the most pressing issue when I became superintendent in the summer of 2008. Fortunately, the school board had already employed Metal Roof Consultants to engineer a new roof, and construction began in the fall. The new roof has totally changed the exterior appearance of the building, and our students, faculty, and public have all been very supportive of the process. The retrofit roof has improved the appearance, environment, and energy management of the building. We are very pleased with the project.”

Metal retrofit roofing has restored the peace in Winchester, Indiana. Through diligent efforts by the all involved in the school system, they now have an attractive, energy efficient, and long lasting roof system that will continue to serve their district for many decades to come. Now they can get back to academics, church, sports, band………

Author’s Comment: It has been a pleasure, as President of MRC, to assist the Randolph Central School Corporation with the metal retrofit roof on the Winchester High School building. I applaud the board members, superintendent and principal in their diligence and cooperative approach to solving their roofing problem.

MRC can be contacted at (919) 465-1762 or at chuck@metalroofconsultants.net for further information concerning this project of metal retrofit roofs in general. Chuck Howard, PE 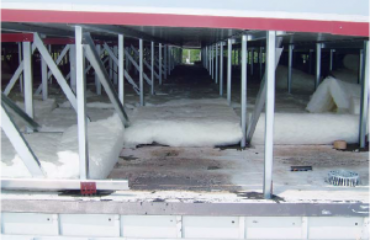 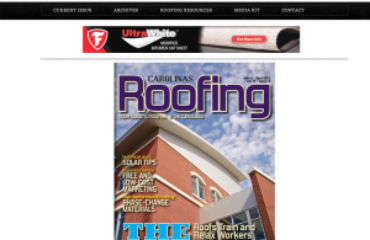 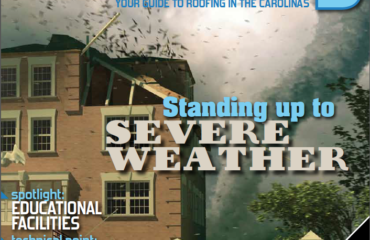